Traveling nurses need some down time too and what better way to relax than watching a good show? Day in and day out, you put your patients and their families first, so kick up your feet, grab a glass of wine (or a La Croix) and turn on your television, because it’s time to relax and unwind. We have compiled a list of memorable TV shows nurses are sure to enjoy!

ER was an NBC series that went on for 15 seasons! It is one of the most realistic portrayals of the nursing community. They really nailed how difficult it is to be a nurse and show how hard it can be to be put in tough situations. The only critique that we have about this show is that the doctors were shown as the heroes for doing tasks that nurses typically do. This series greatly influenced the general public’s view of nursing and for that, we are thankful. Today’s graduating nurses might recognize Julianna Marguiles from The Good Wife, but in our hearts, she’ll always be the nurse who stole George Clooney’s heart. Julian’s character, Carol Hathaway is a RN and is the nurse manager in the emergency room of Chicago's County General Hospital. Her character is very sensitive when it comes to the lack of recognition the ER nurses experience. It’s something that unfortunately happens too often, but we all know the hard work that nurses put into their patients’ lives every day. Related: 6 Must Reads for the Modern Traveling Nurse

M*A*S*H is said to be one of the best medical shows broadcasted in TV history. This show is based on Robert Altman’s film MASH, which revolved around a surgical unit posted near the front lines of Korean War. The character of Chief Nurse Major Margaret Houlihan was played splendidly by Loretta Swit whose portrayal of a professional nurse, is one of the most accurate. Chief Nurse Major Margaret Houlihan took no guff from the doctors, was firm but gentle with her patients and had the best nickname in color TV, “Hot Lips”.

[bctt tweet="Some TV shows understand what it’s like to be a nurse, but some don’t. Check out our list:" username="freedomhcs"] 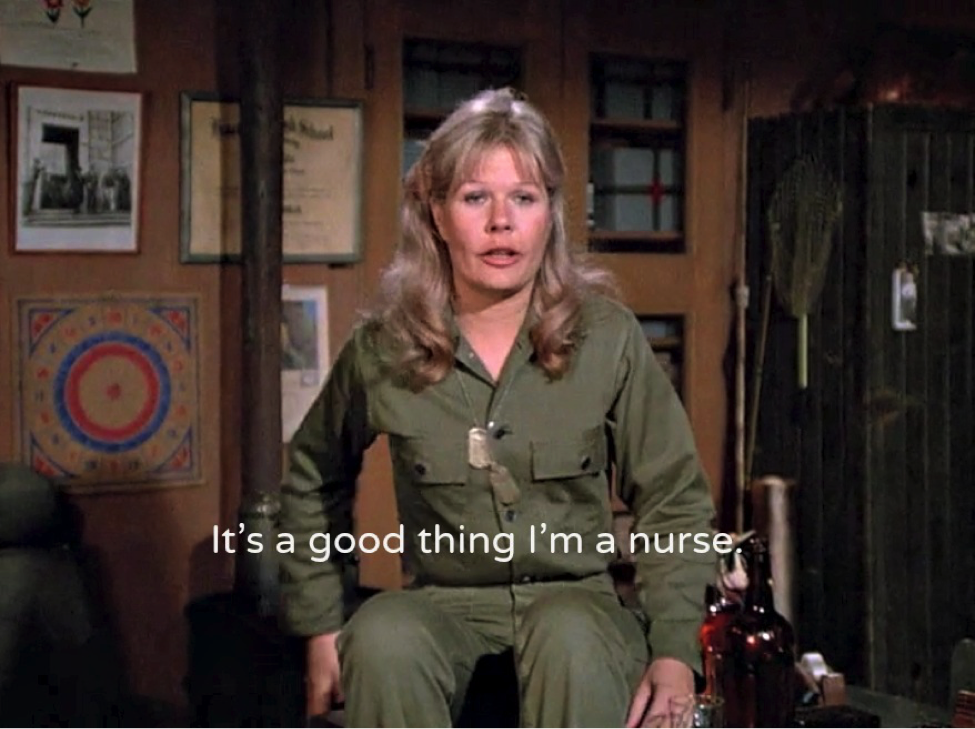 This is a crime series that A&E produced, where the lead character Jim Longworth is a police detective from Florida, who meets a nurse from the local emergency department named Callie Cargill. The two develop a personal relationship as well as professional one. Callie's character highlights the value of nursing professionals in the field of law and order. She is an intelligent nurse who is pursuing a medical degree instead of attending a nursing school. This is a great series to entertain you when you’re trying to wind down or if you’re still new to a city and need a little entertainment. Callie also has to manage balancing a demanding healthcare career with being a single mom. When you feel overwhelmed, get inspired with this no-nonsense nurse! Related: 5 TV Shows That Make Nurses' Eyes Roll

We chose this show OBVIOUSLY for the comic relief. Starring Zach Braff, Neil Flynn, Sarah Chalke, Eliza Coupe, and many more, the show dealt with the challenges they are exposed to while working at a hospital. Some of the show can be relatable, most of it however, is just for laughs! Check this one out if you can ignore the “not really what we do” aspect of the show, but can laugh at some of the ridiculous things that can actually happen in hospitals! Nurse Carla rules her coworkers and makes sure she and the other nurses are never disrespected! Carla Espinosa is easily known as one of the best characters on Scrubs. Her character is a spunky, no-nonsense type that doesn’t back down when doctors need to be confronted. Actor Judy Reyes’ took her inspiration from her sister who is actually a nurse in real life. Even comedic actors can strive for authenticity and we commend Judy for her performances. If you need to confront someone (even a doctor) take notes from Espinosa!

Mercy aired on NBC from September 23, 2009 to May 12, 2010. Unfortunately, it was canceled after the first season because of low ratings. The long season included some wonderful acting based on nursing skill; however, it did give in to some of the nursing stereotypes that we aren’t fond of. This series show that depicts how nurses play a strong role in providing the best patient care. Veronica Flanagan Callahan, played by Taylor Schilling is a character that recently came back from the war in Iraq. Callahan is a very competent nurse, though she has to deal with PTSD and co-workers that lack experience. This show and her character are very relatable, especially when it feels as if you are picking up the slack for some of your co-workers. Watching Callahan deal with these unique circumstances gives valuable insight into what it’s like to work through PTSD and also with people who could be inexperienced in the nursing profession. Grab a little knowledge from Callahan and see how relatable she is in this series! 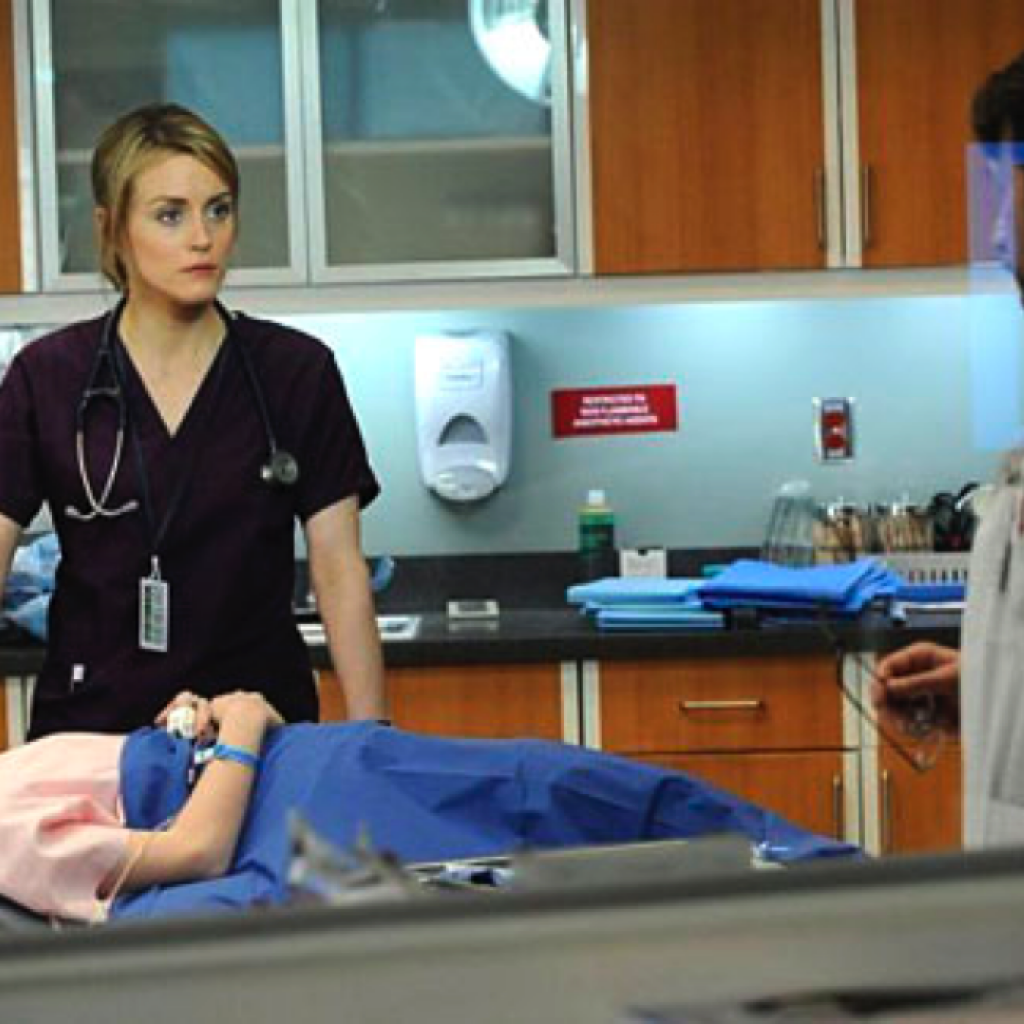 If you’re an introvert binge-watching TV shows is now something of the norm. Extrovert's of those that are more adventurous prefer to go out and explore their new cities. Our list is sure to keep you entertained for a while and most of these shows are able to be found on streaming services like Netflix or Hulu.  Is there a show that we missed on our list? If so, let us know in the comments below, or you can tell us on Facebook or Twitter. Are you starting to plan for your next assignment? Check out our available Hot Jobs!