What Ever Became of the Nurse’s Cap?

If you’re “a certain age,” you may remember the nurse’s cap — and may even have worn one yourself. Those caps were a badge of distinction that signaled attainment of the honored RN designation as well as the nurse’s alma mater. Let’s take a look at how nursing caps came to be and how they changed — and eventually disappeared — over time.

It’s said that during the Crimean War Florence Nightingale was the first to prescribe uniform garb for nurses, complete with a cap, to establish nursing as a calling and a profession deserving of respect. The cap itself was derived from both the prevailing fashion of Nightingale’s day and the long history of habited nuns serving as nurses. Each order had its own unique “cornette,” some very elaborate and cumbersome, that must have made their nursing work even more challenging. 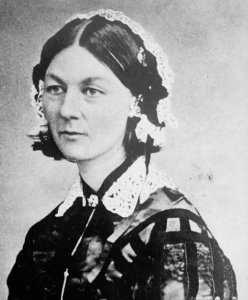 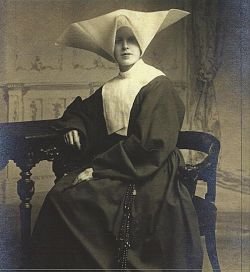 It didn’t take long before nursing caps began to change.

As nursing began to evolve as a recognized discipline requiring both practical training and formal medical knowledge, nursing schools strove to set their programs apart by adopting caps fabricated into various shapes and styles. Early caps were typically made from heavily starched and pleated white organdy or lace, sometimes with a ruffle at bottom. In 1874, the Bellevue nursing school in New York City was the first to adopt a unique cap, which resembled a fluted baking mold, quickly followed by other schools’ ever more elaborate shapes and folds, some of which persisted well into the late 1980s. 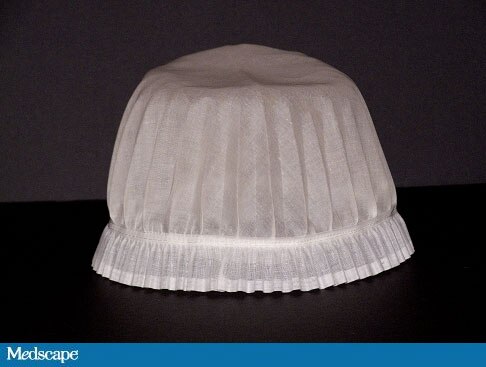 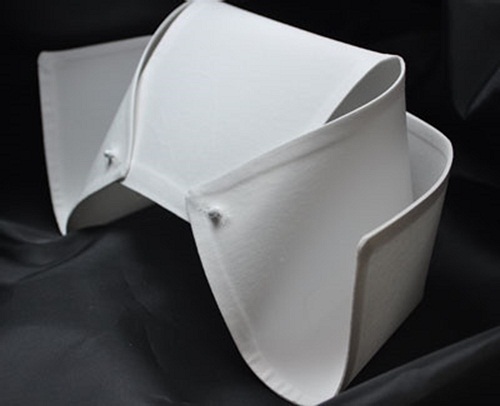 Eventually most nursing schools adopted a somewhat more standardized design consisting of a squarish shape cut from heavy cotton or linen, with cutout areas that allowed the cap to be folded into a wing-shaped front and pinned or buttoned at the back. As a student nurse progressed in her training, a narrow colored ribbon or “half stripe” might be added to the cap, eventually leading to the coveted black velvet band signifying a Registered Nurse. When nursing became a bachelor’s degree curriculum, two black bands on the cap often marked the holder as a Bachelor of Nursing. Whatever the nursing caps’ style or pedigree, upkeep was a constant for the wearer. Typically, the nurse would hand-wash and bleach launder and bleach, soak the wet clean shape in a thick starch solution, and air dry on a flat surface. Then the cap had to be ironed and rebuttoned for the next wearing. Obviously, some of the more complex designs weren’t washable and had to be replaced at the nurse’s expense when worn or soiled. Wearing the cap during an everyday nursing shift was both an honor and a … well, nuisance. The cap had to be anchored to the hair with bobby pins, which could be quite uncomfortable after a few hours’ wear. Nurses with thin, fine, or brittle hair found the pins either wouldn’t stay put because of the cap’s weight or required position on the head, or the pins actually damaged the hair in the areas where the pins were repeatedly placed. The cap itself often got in the way while caring for patients or was dislodged by objects in the patient area or accidentally by a patient, especially lively children. Many nurses felt the cap was inherently unhygienic and therefore a potential hazard to patients.

After a long and honorable history, the nursing caps’ popularity, but not prestige, began to wane.

Comfort and practicality changed the traditional nurse’s uniform from starched, white dresses, white hose and shoes, and venerated cap into more utilitarian and easily maintained scrubs. In addition, men increasingly saw nursing as a viable and rewarding career choice, further eroding the cap’s ubiquity and leading to a unisex look and breakdown of the professional nurse’s once unmistakable appearance.

By the early 1980s, the nursing cap was essentially a relic of earlier times. For better or worse, today’s nurse — and doctor and physical therapist and respiratory therapist and phlebotomist and others — typically all wear scrubs. Some hospitals color code the scrubs the various disciplines wear, but often it’s difficult to tell who’s who by what they’re wearing without looking at their ID badges. Not all nurses, especially those who remember those earlier days, approve of this trend. What do you think?

(For a fascinating illustrated history of the nursing cap, Medscape has a thorough exploration of the topic.)